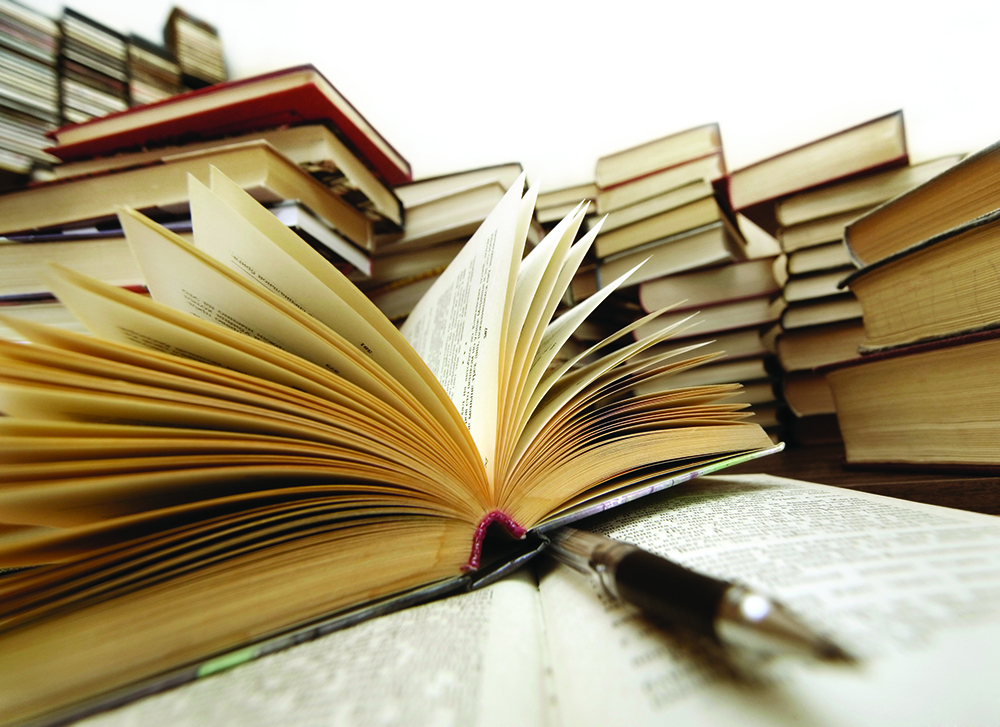 British publishing houses broke all previous revenue records in 2017 to see their collective sales rise 5% to £5.7bn, driven by a growth in export sales which now account for 60% of publishers’ revenues. However, while most areas of business performed robustly, domestic sales of textbooks to schools took a 12% hit, revealing that savage public sector cuts are starting to bite in the education. Sales of children’s books also slid by 3%, while domestic sales of consumer e-books plunged by 9%.

The statistics have been revealed in the Publishers Associations’ PA Publishing Yearbook 2017, which records publishers’ invoiced sales. This year the revenue gained from co-edition, rights and licensing sales has been included to give a more accurate reflection of earnings and help to underline the sector's position as a “powerhouse of the creative industries,” according to PA c.e.o. Stephen Lotinga.

Altogether total book sale income (physical and digital) was up 4% in 2017 to £3.7bn. Physical book sales continue to outpace digital, with revenue up 5% last year to £3.1bn, while total digital sales income including journals rose 3% to £1.8bn. However, stripping out journals, digital book sales are down by 2% to £543m and consumer e-book sales are down even further by 7% to £191m. In the domestic consumer market e-book sales dived even deeper, down 9% to £139m and within that fiction e-book sales were down 11%, although non-fiction e-books were up 4%, showing that consumers are increasingly reading cookbooks, illustrated and reference books on devices. The figures mean consumer e-books account for 35% of the invoiced value of UK publishers’ digital sales in 2017, down from 51% in 2013.

Audiobook downloads are on the rise, though, and as previously reported in 2017 sales of the format leapt 25% to £31m. The figures reveal that while between 2013 and 2017 publisher revenue from consumer e-books fell by a quarter, audiobook download sales more than doubled. There are suggestions that the value of the audiobook download market could be even higher because Audible UK’s financial accounts on Companies House reveal it had a revenue of £67m in 2016, but Lotinga said this was instead likely to be an indication of the “mark-up” the Amazon-owned company was achieving from its dominant market position. "You only have to look at the price of audiobooks in the UK to see there is significant mark-up going on," he said. "That is what happens when you have a monopoly in the market. I think our figures are an accurate representation of what is happening in the audiobook market.”

Export sales - which the PA chief hailed as “the real stand out story this year” - continue to drive UK publishers’ revenues and were up a further 8% in 2017 to £3.4bn, accounting for 60% of total sales. The drop in the value of the pound in 2016 has made publishers’ wares more attractive to foreign buyers, but Lotinga was keen to stress sterling recovered more in 2017 and publishers’ success was also down to UK creators’ IP being “in demand around the world”. Within the 8% rise for exports, print fiction, non-fiction/ reference, ELT and academic/ professional titles saw increases of between 10-14%, with a small rise in sales of school books, but children’s export value fell by 9% in the year, although it was still the fastest growing category since 2013.

The UK’s decision to Brexit has not put Europe off from trading with UK publishers, with invoiced sales of print books to the continent up by 13% to £489m in 2017. Sales to the East and South Asia were up by 8% to £248m, though sales to North America were down by 10%. Journal revenue from the US were much better though, up 10%, with North America now accounting for 41% of the export market for journals.

Altogether Europe accounted for 36% of the invoiced value of exports in 2017, down from 39% in 2013. East/South Asia saw its share of exports increase from 15% to 18% between 2013 and 2017, with the Other Americas share up from 5% to 8%. North America and Africa Sub-Sahara’s shares each fell by 1% point over the same period, while the Middle East/ North Africa and Australasia maintained 14% and 9% shares respectively.

Lotinga said: “The UK continues to be the world leader in terms of exporting books with sixty per cent of revenue coming from overseas.” He added the UK was driven to export because “relative to other countries first and foremost our domestic market is smaller, than say, the US and India, so UK businesses are driven to look overseas, but Britain’s footprint also means we have a history of trading with lots of different parts of the world. We are also blessed with having some of the best writing talent and academic scholars in the world and there is huge demand for our English Language Teaching products.”

In print, hardback fiction is enjoying a heyday, with income up 31% to £97m, which Lotinga attributed to “publishers investing money to make hardbacks a particularly impressive product”, and fiction overall is up for the first time in years, by 3% to £547m. Non-fiction/reference is also experiencing a resurgence, with invoiced sales up 4% to £928m, with Lotinga describing the boom as “one of the most interesting things going on in the industry at the moment”.

Children’s book sales were down by 3% to £341m, though, suffering from a negative comparison to 2016 when the playscript of Harry Potter and the Cursed Child (Little, Brown) was released achieving huge sales.

David Shelley, c.e.o. of Hachette UK, said: “The story of 2017 in consumer publishing is one of a sector showing remarkable resilience – material increases in sales for both fiction and non-fiction, and a buoyant underlying market for children’s books…All told, given a challenging high street environment for book retailers in the UK and increasing competition for people’s time and attention, the 2017 numbers speak to the creativity and innovation of the UK trade publishing industry and show it to be in excellent health, with an increasing international focus.”

By far the biggest concern for domestic market however is the 12% hit to sales of education print books following savage public sector cuts - a decline which Collins Learning m.d. Colin Hughes said was not compensated for by a 12% rise in digital education sales.

"UK schools, rightly or wrongly, feel they are under greater budget pressure than they have experienced for some while," Hughes said. "Ministers think there’s plenty of money for them to buy learning resources; headteachers and governors disagree. But we know for sure that anxious schools are spending less on classroom materials, choosing instead to protect their spend on teachers and teaching assistants."

Describing the dip as “deeper than usual” after a new curriculum has settled in, he continued: “It seems to be accompanied by increasing scepticism about the value of bought-in resources, especially conventional textbooks. And ministerial exhortations to schools to recognise the value to textbooks in saving teacher time seem to have made little difference thus far…Mainstream publishers are all heavily in the digital space, but few would claim that schools are surging into a digital future: across domestic and international, digital school book sales still add up to less than a tenth the total (£27m digital versus £297m physical, of all book sales invoiced by UK publishers to schools).”

Lotinga was also concerned. He told The Bookseller: “We have a minister who is calling for increased investment in print textbooks and an education system which is struggling to find the resources to fund that... We are not exactly flush with money at the moment in the UK but there is money to spend on priorities - and education should definitely be up there as one of the most important priorities.”

In general the academic sector experienced a robust year, with physical and digital book sales combined up 6% to £1.2bn, while journals sales rose 5% to £1.6bn. Sales of social sciences and humanity print books were up 9% and STM print books were up 8%. Meanwhile, total income from Open Access charges rose by 21%.

Digital book sales alone though were down 4% to £271m, while print book sales alone grew by 9%. The figures mean that overall digital formats (encompassing ebooks, online subscriptions and other digital book products) accounted for 22% of the total invoiced value of sales of academic/professional books in 2017 lower than in 2016.

The numbers also reflect a clear shift away from subscription income and toward Open Access article publication charges with journals while the share of journal income from subscriptions fell from 82% in 2013 to 76% in 2017. The share of journal income from article publication charges increased from 2% to 9% over the same period.

Alicia Wise, senior vice president, Global Strategic Networks, Elsevier, said: “Institutional subscription revenues continue to represent the largest source of income for the scholarly journals published by the participating organisations. Libraries continue their focused shift to build e-collections, and digital sales continue to rise and represent the lion’s share of revenue for journals. Modest print, or bundled print and digital, sales remain but we expect these to continue to decrease.”

She added: “Academic and professional publishing is a strong success story for the UK economy with global journal export revenues up by 5% to £1.4bn in 2017 and representing 87% of publisher income. North America is the largest international market for UK journal publishers, accounting for 41% of the export market. The next biggest markets are Europe and East and South Asia with a 24% share each.”