Dr Juliane House talks about English as a Lingua Franca 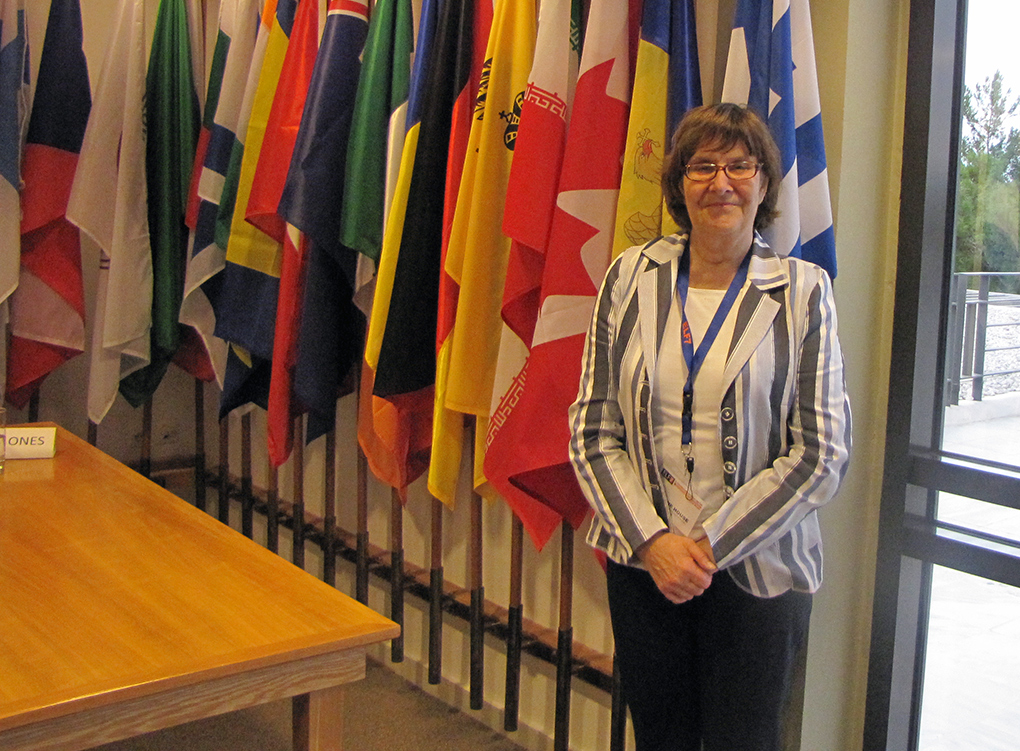 English as a lingua franca(ELF) is the use of the English language ‘as a common means of communication for speakers of different first languages’. ELF is also ‘defined functionally by its use in intercultural communication rather than formally by its reference to native-speaker norms’ whereas English as a foreign language aims at meeting native speaker norms and gives prominence to native speaker cultural aspects. While lingua francas have been used for centuries, what makes ELF a novel phenomenon is the extent to which it is used – both functionally and geographically. A typical ELF conversation may involve an Italian and a Dane chatting at a coffee break of an international conference held in Brussels, a Spanish tourist asking a local for the way in Berlin, a Greek negotiating with a Turkish salesperson, and many other similar situations.

The way English is used as a lingua franca is heavily dependent on the specific situation of use. Generally speaking, ELF interactions concentrate on function rather than form. In other words, communicative efficiency (i.e. getting the message across) is more important than correctness. As a consequence, ELF interactions are very often hybrid. Speakers accommodate to each other’s cultural backgrounds and may also use code-switching into other languages that they know.

ELF is used most often between non-native speakers of English but this fact does not mean that native speakers are excluded from ELF communication. However, very often they form a minority of the interlocutors. In ELF interactions, the importance lies on communication strategies other than nativeness, which can lead to communicative situations where those English native speakers who are not familiar with ELF and/or intercultural communication are at a disadvantage because they do not know how to use English appropriately in these situations.

An important issue when discussing ELF is the notion of speakers of ELF being active language users in their own right, who do not need to adhere to native speaker norms but use ELF to meet their communicative needs. Proponents of ELF thus reject the notion that it is a form of ‘deficient’ English and describe ELF speakers as users of English, not as learners

Juliane House was a presenter in the 2014 ELF Conference, which was held at Deree some time ago. ELT NEWS did not miss the opportunity to talk to her.

“I am German. I was born in Berlin. After my graduation (English, Spanish International Law) at Heidelberg University, I emigrated to Canada and continued my study first at the Ontario College of Education and then at OISE, the Ontario Institute for Studies in Education (PhD in Applied Linguistics) where I participated in a survey of English as a Second Language in Toronto as well as a study about the role of culture in ESL teacher education. At the University of Bochum, Germany, I worked on a project designed to improve communicative competence in learners and teachers of English at university level which included writing a Pedagogic Interactional Grammar of English. I was also a member of the international Cross-Cultural Speech Act Project, which provided a foundation for the teaching of speech acts in many different languages. Finally I directed a project on the influence of English as a global language on other European languages as well as a project on the use of English as a lingua franca in casual and academic talk.”

●What attracted you to the field of education?

“I have a Diploma in Teaching English and German and have taught at the University of Toronto.  When I returned to Germany, apart from the Pedagogic Interactional Grammar of English, Ialso wrote, with my late husband, an Introduction to Applied Linguistics.”

●How did you become interested in English as a Lingua Franca (ELF)?

“I was one of the first to be involved in the debate and research about ELF.English as a lingua franca is an important new field of inquiry. However, its role as the currently most important means of communication worldwide has also met with a lot of criticism. My main point of view is that we should take a compromise position; in other words, a balance. Neither naively accept ELF for enabling efficient communication nor condemn it outright for threatening multilingualism.”

●Was this EFL ‘movement’ initiated in Germany?

“As far as I know, it was initiated in Germany.”

●What was the rationale behind this initiative?

“Henry Widdowson wrote that English is not the property of its native speakers and that we have to take into consideration the needs of the millions of people who learn and use the English language in their everyday life –be it for business, science, communication etc; that is the outer circle. David Crystal also supported this view. These two scholars were the pioneers in the English as a Lingua Franca issue. I have also contributed to ELF from the Pragmatics point of view.”

●What has made English a global language?

“The unbroken dominance of US.”

●Not the British colonialism?

“British English has lost its importance, I would say.”

●In an ELF situation are we allowed to make mistakes as long as the message is conveyed?

“It depends. In a teaching context correctness is important. In testing it is equally important. You are Greek, I am German and we discuss in English; it really does not matter if we make mistakes or pronounce a word differently. But in a teaching and testing situation correctness is important. There are supporters of the idea of making tests more ‘tolerant’ –particularly in pronunciation. Sounding like a native speaker is unattainable.”

●Should the average English teacher expose her students to a variety of accents?

“Yes, but she has to explain that this is Australian accent, American accent, British accent etc. The thing is to help learners understand that in oral communication with native or non-native speakers what is most important is to get their message across.”

Juliane is also a Distinguished University Professor at the Hellenic American University in Athens. She’s been on and off Greece during the last six years. She loves the country and the people.

“What I really admire in the Greek people, in these times of severe economic crisis with high unemployment rates etc., is their unbroken spirit. The cohesion of the community works very well. The family bonds are very tight in Greece.”

Juliane, along with Jan Blommaert, Christopher Candlin, Gabriele Kasper, Claire Kramsch, Diane Larsen-Freeman, Jeremy Munday, Jim Purpura, Merrill Swain and Philip Scholfield teach at the PhD programme in Applied Linguistics offered by Hellenic American University, which stands out among many others in the world because of its flexibility and the quality of its faculty.

Anastasia Spyropoulou - (This email address is being protected from spambots. You need JavaScript enabled to view it.)