From “lost and lackadaisical” to “assertive learners” within a month! 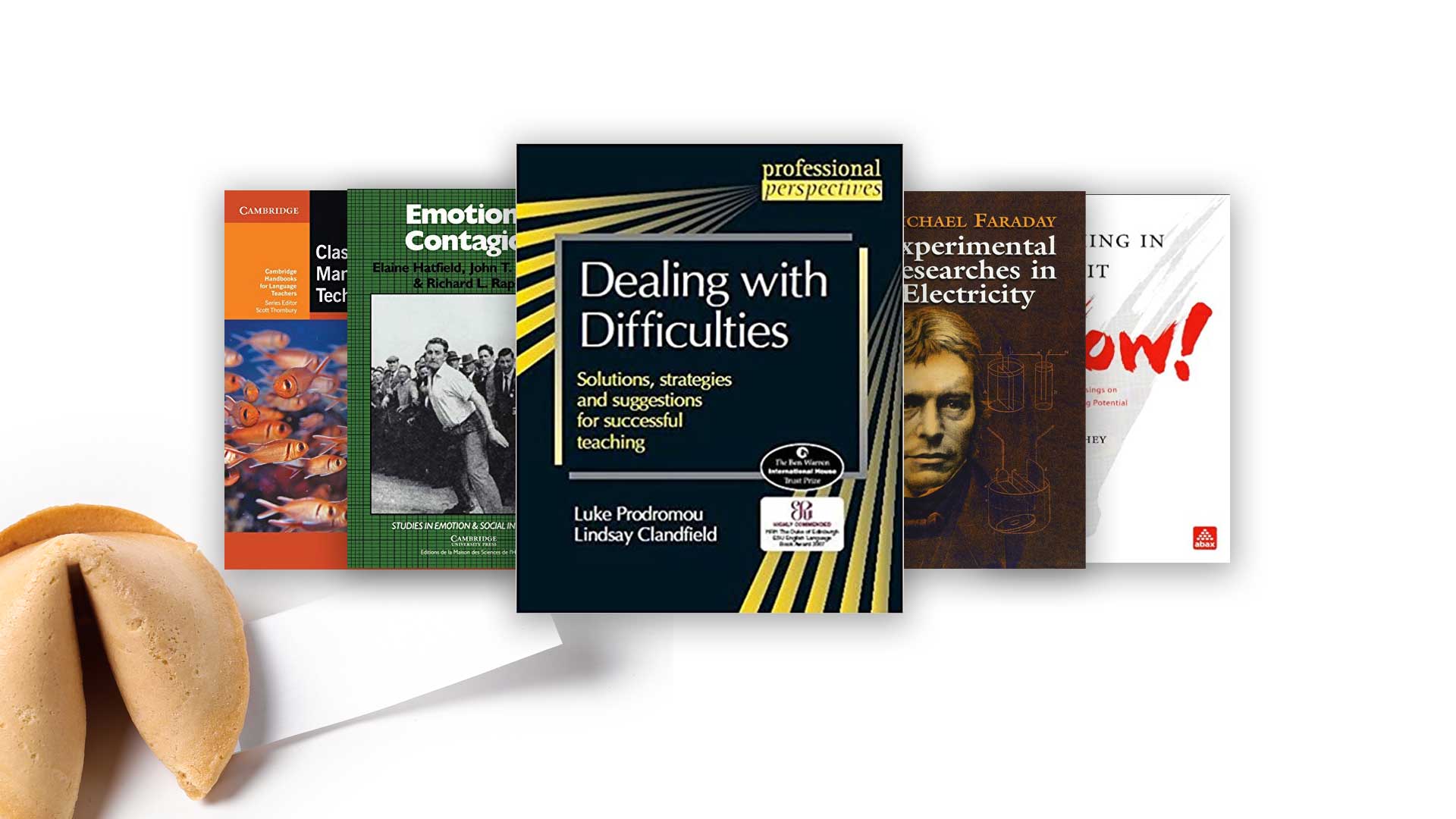 I quote from Tim Murphey: “I had a couple of students in my classes at the time whom I had labelled “lost and lackadaisical”. One day in class, instead of overlooking their passivity as I usually did, I put it in my mind that they were both young Einsteins and were going to grow up to amaze the world. When I approached them, I noticed that I did it differently – it was with respect and awe and curiosity that I talked to them. I found out that the boy was a part-time mechanic and fascinated by engines. The girl was a musician in the local orchestra, and that was her passion. We talked about these things briefly, and I could imagine easily how Einstein’s genius would be manifested in their lives” (Teaching in Pursuit of Wow, 2012). The students, both of them, turned out to be excellent, as he points out, they “went from “lost and lackadaisical” to “assertive learners” within a month!”

But there is also completely the opposite: cases like Michael Faraday’s one. Michael was a physicist who did not work within the limits of the mathematics and science of the 19th century.  He had little formal schooling beyond primary level, yet he discovered the induction of electricity, was one of the great founders of modern physics and one of the most influential scientists in history. His ignorance of mathematics was directly responsible for his unique results. When investigating electrical and magnetic phenomena he had to develop his own non mathematical approaches. His lack of education was an attribute. It forced him to work in an independent and original way. Apparently, Michael was different, as Tim Murphey’s students.

In our classrooms we have to face a diverse ecology of students. As Luke Prodromou puts it: “The key is to see diversity as a positive feature in the classroom” (Prodromou & Clandfield, 2007), adding that: “It’s not an obstacle but a potential resource that can make learning richer by drawing on what the students bring to class and thus raising their self-esteem and their respect for each other.” (“Dealing with Difficulties”, Delta Publishing, 2007)

However, most of us feel we need to armour ourselves with classroom management strategies hoping to deal with the “difficult” students, those who are “naughty”, “demotivated”, “disordered”, those with “discipline issues”. Jim Scrivener, in his seminal book “Classroom Management Techniques” (CUP, 2015) defines classroom management as the “way that you manage students’ learning by organizing and controlling what happens in the classroom…or the way that you consciously decide not to organize and control…or the way that you delegate or relinquish such control to the learners”. Honestly, we all have faced or are to face with different, more diverse students, or better, personalities. Discipline issues have got nothing to do with the learning process; our practices need to be inclusive and delicate.

A way to do so is to embrace the emotional contagion effect. Research has found that emotions – both upbeat ones like enthusiasm and joy, and negative ones like sadness, fear and anger – are easily passed from person to person, often without either party’s realizing it. Emotional contagion occurs in a matter of milliseconds, according to Elaine Hatfield, professor of psychology at the University of Hawaii and co-author of the book “Emotional Contagion” (CUP, 1994). If you are a receiver, you may not know what exactly happened, just that you feel differently after the encounter than you did before. So, do it like Tim Murphey: see the positive side of students’ personalities, project their positive side of their personalities and build on this.

Alternatively, you can re-shape your classroom environment with rich environments for active learning (REALs in short) as Grabinger and Dunlap (1993) envisage.  REALs provide learning activities that engage students in a continuous collaborative process of building and reshaping understanding as a natural consequence of their experiences and interactions within learning environments that authentically reflect the world around them. In other words, you can follow Prodromou & Clandfield’s advice of taking advantage of personalities’ diversity and create a non-threatening, real-life simulating environment where personalities like Faraday can flourish and express themselves.