How to teach politically correct language and 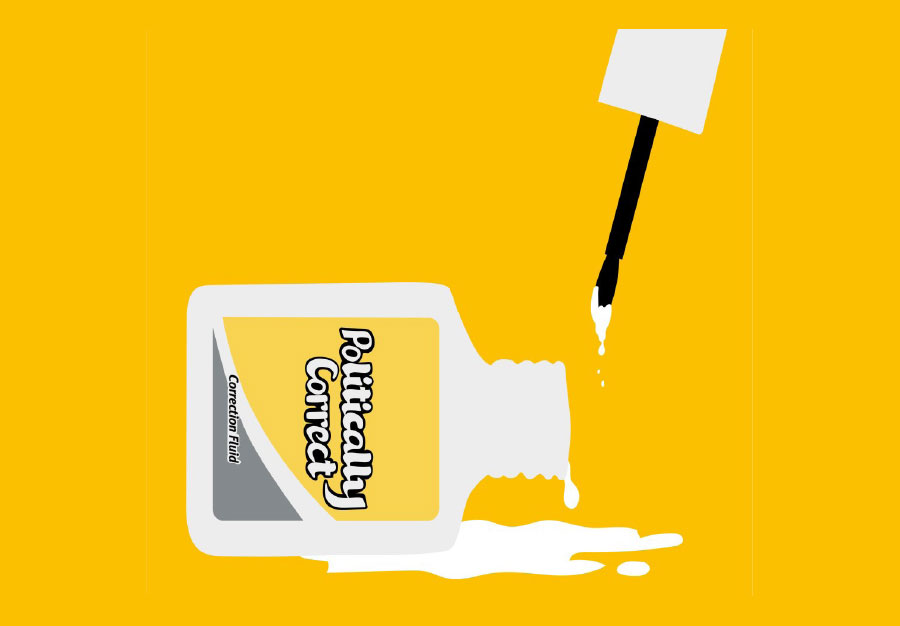 Nowadays the whole world is obsessed with Political correctness. Let us give you some examples. In the kindergartens of the USA a fairy tale ‘Three piglets’ is being renamed into ‘Three puppets’ so that the Muslim people would not be offended. In Japan dwarf penguins were renamed into fairy penguins to avoid offence from short people. A story of “Snow white” became legendary. American society “For equal rights in animation films” declared that there should be three dwarfs of European origin, two must be of dark complexion, one – Latino-American and one – Indian. In Britain children once were forbidden to put on pirate-like bandage and a hook because people with the same problems might be insulted.

That is why we believe that students who study English should be aware of the importance of efforts towards inclusiveness and acceptance of diverse lifestyles and ethnicities in English-speaking countries. This is especially important for those who want to be able to function in English-speaking academic and business settings. Getting to know politically correct language not only provides important information for learners but also gives us an opportunity to become aware of important English issues.

Politically correct (PC) Language is language that does not unjustly place any group above others, or in short, does not discriminate against any group of people. A cornerstone of the PC language reform movement is the hypothesis, that language is a filter through which we view reality. The trend to ‘opening up’ our society to diversity of all kinds is the reason why language reform movement was designed to aid social changes. Richard Lingeman wrote that language should change to eliminate racist, classist, ageist, etc. pejoratives.

The English language was considered to be full of male-dominating patterns. Utterances like Every teacher plans his lessons referred to teachers in general, and words with the stem “man” (e.g. mankind, chairman) were used to denote both sexes. Feminists criticized these items as sexist; all patterns referring to men only were called “sexist, old-fashioned language.” Sexist language was opposed by “modern non-sexist or inclusive language” that suggested gender equality and neutrality.

Later, the names of jobs and occupations were revised to become sexually neutral. Speakers of English have found new ways to avoid sex markers: flight attendant (since the terms steward and stewardess are no longer used), sales person (salesman and saleswoman have been outlawed), police officer (instead of policeman) and chairperson or chair (instead of chairman).

Being aware of sensitive topics can help you to avoid using words that might offend or upset people. The following is a list of the most common sensitive topics, along with some general suggestions for avoiding offence in these areas.

Nowadays more and more groups of people prefer to be called by the name they have chosen, rather than by terms selected for them by others. In the US, for example, the most sensitive areas of vocabulary are often those that deal with racial and ethnic groups. For example, many Americans whose families originally came from Africa prefer to be called African-American. But there are others who prefer to be called black because they see themselves as American, not African

Gender is an area in which it is most difficult to avoid giving offence. This is partly because of the way the English language works. The word man originally meant both adult human and adult male. But nowadays its meaning is so closely identified with adult male that in sentences like ‘Man has always dreamed of being able to fly’ it does not seem to include women. When referring to adult humans, you can avoid offending anyone by using terms like people or human beings instead of man:

People have always dreamed of being able to fly.

Many older words for occupations seem to exclude women because they include the word man. Avoid using man in words for jobs that can be held by either a man or a woman. Use neutral words that include both sexes. For example, instead of businessman use a word like executive or businessperson, and instead of fireman use firefighter.

Avoid using words like manageress, actress and other words ending in –ess to refer to women. Words like these are considered old-fashioned, and are offensive to some people. Use words like manager and actor that can refer to both men and women.

Because English has no singular common-sex pronoun, speakers of English have traditionally used the pronouns he, his and him in expressions like ‘Each student brought his own dictionary’. Here are some ways you can avoid using masculine pronouns to refer to groups that are made up of both men and women.

All the students brought their own dictionaries.

2 Reword the statement to avoid using a pronoun:

Each student brought a dictionary.

Each student brought his or her own dictionary.

Everyone brought their own dictionary.

As more and more people are living longer, healthier and more active lives, the concept of ageing is changing. Many people think that using words like old and elderly to describe older people is offensive because they seem to suggest inactivity and weakness. To avoid offending people, use terms that give more detailed or exact information about the person or people described.

Membership is only available to retired people.

People over sixty-five can get a discount.

Some people object to phrases like Aids sufferer, mental patients, or the handicapped because they seem to emphasize the illness or disability, rather than the person. When referring to people who are ill or disabled, try to use the expressions that emphasize the person:

A person living with Aids;

A hospital for people who are mentally ill.

Flats for people who are disabled or people with disabilities.

Avoid old-fashioned and insulting terms when referring to people who have sexual relationships with members of the same sex. To avoid giving offence, use the word gay to refer to men who are sexually attracted to other men, and lesbian for women who are sexually attracted to other women. Use same-sex to describe relationships between two men or two women.

This word was created to convey the idea of prejudiced attitude or even discrimination of short people. For example, ‘Since I am only 5 feet 4 inches I have difficulty persuading security firms that I am up to the job of security guard. There’s a lot of shortism about, you know.’

Using the most appropriate words

Since ‘appropriate’ words change all the time, it is not always possible to know what words show the most sensitivity or are the most appropriate for the particular situation. To avoid offending people with inappropriate language, try following these suggestions:

Part 1 (taken from the Internet)

Part 2 (made up from other sources)

As we live in a global village nowadays, we should be in the know how to communicate with people all over the world and at he same time be sensitive and inclusive in our own language.

All things considered, we strongly believe that being tolerant inside ourselves will help us to choose non-offensive language (it does not matter how to call it) and vice versa.

Politically correct changes are occurring in English (and in many other languages) as a reflection of the ideas of tolerance and inclusion. In order to become competent users of English, we need to explore this phenomenon to become proficient users of tolerant and inclusive terms in particular situations.

According to the information which was found on the Internet, people’s attitudes to the whole movement are different. Thus, very few people feel totally positive about PC language reform and think it could change society. Nearly half of them think that it has no positive effect at all Besides, the whole movement looks like a shallow ‘feel good’ attempt to avoid dealing with real problems in society. A large proportion of people feelthe movement is somewhat positive but has its problems and limitations. On the one hand, changing our labels is a good first step toward changing society. However many of the PC terms are too long and awkward.Tthat the movement has gone too far and too fast in its efforts. Finally, they point out that changing the language does not eliminate racism, sexism, etc.

As we can conclude, there are both advantages and disadvantages in PC language movement and there is the need for a more balanced approach to language reform. ‘Language can be used as a WEAPON, by the powerful against the powerless, anf the powerless in fighting back. However, I believe language’s true and most noble purpose is to serve as a BRIDGE , as a TOOL for people to communicate with and understand each other. So far as language reform enhances sensitivity and understanding, I endorse it, but when the reform itself becomes repressive. It’s time to step back and reassess. I think ‘political correctness’ in language is at this juncture and may recognize it. ….Language reform is one of the many fronts of social reform and hopefully, excesses will not derail good intentions.’(taken from the Internet)

All in all, PC changes to language have very positive and humanitarian motivations. In practice, however, PC language might seem like a stifling language tyranny that limits freedom of expression.