How young is too young to learn a Foreign Language? 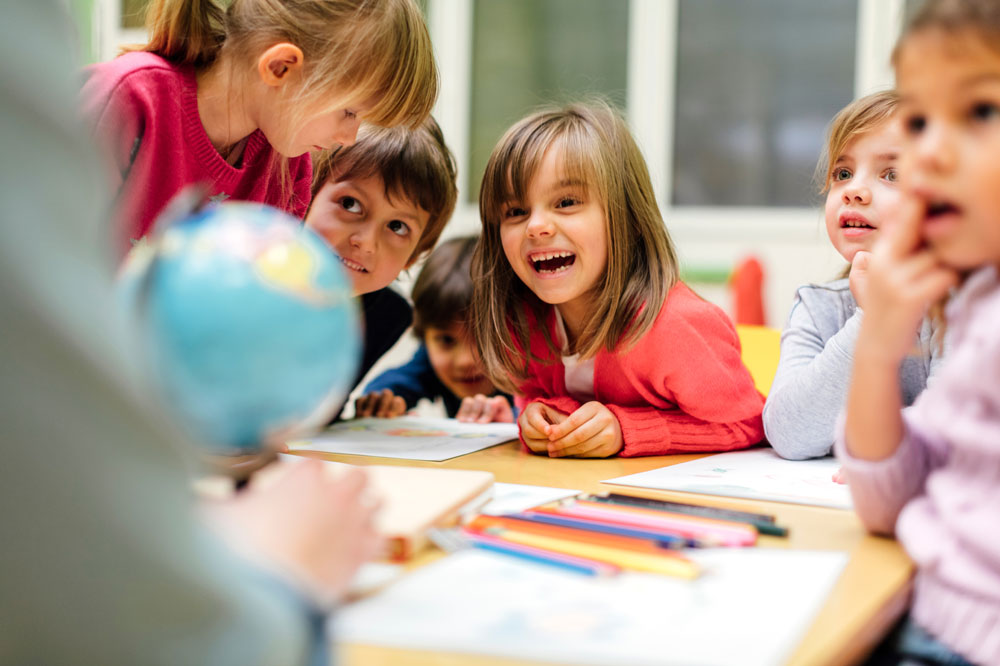 Quite often in a monolingual family we are confronted with the dilemma of what is the appropriate age for our kids to start learning a foreign language. Should they first be exposed to a new language as early as kindergarten or should we wait until the first years of primary school, when our little ones try to master the written form of their mother tongue? Or even better, should we let them just enjoy playing with their toys in their childhood and leave the acquisition of a second language for their early adulthood, when supposedly are able to make an informed decision for their academic improvement?

The second question seems so easy to answer as research has shown that people who learned a second language in childhood are difficult to be distinguished from native speakers, whereas those who began in adulthood are often saddled with an accent and conspicuous grammatical errors (Johnson & Newport, 1989; Lenneberg, 1967; Morgan-Short & Ullman, 2012; Newport, 1988; Pinker, 1994). This fact has influenced many areas of research including theories about the plasticity of the young brain, the role of neural maturation in learning, and the modularity of linguistic abilities. Some researchers (e.g., Bley-Vroman, 1989; DeKeyser, 2000; Paradis, 2004, 2009) hold that children, within the critical period, acquire language automatically, incidentally, and implicitly from spoken or signed input via an innate and specialized capacity for doing so (e.g., through a language-acquisition device or universal grammar, as proposed by Chomskyan linguists). Adults, or post critical period learners, including most adolescents, must instead learn the new language through a conscious effort, intentionally and explicitly, using general cognitive learning strategies, often via formal instruction. According to this view, the neurocognitive system responsible for general cognition is not optimized for handling natural (spoken or signed) linguistic data in the same way as the innate language acquisition mechanism is, which is why most adults typically end up as non- nativelike speakers of their second language.

In other words, the outcome of adult learning is explicit knowledge of grammar and pronunciation, something that is very difﬁcult to use in normal language production and perception, whereas children primarily acquire implicit competence, that is, morphosyntactic and phonetic intuition, within the target language similar or even identical to that of children acquiring their mother tongue.

In Paradis’s (2004, 2009) theory of the second language (L2) acquisition and bilingualism, L1 children and early L2 learners engage almost solely in incidental acquisition, which arises through procedural memory and leads to implicit competence or linguistic intuition. Adolescent and adult L2 learners, on the contrary, who can no longer build new procedural representations to the same extent as children, learn the L2 intentionally and have to rely on declarative memory, which leads to explicit competence or metalinguistic knowledge, as it is set in Paradis’s terminology.

Paradis (2009) states that “the availability of procedural memory for acquiring language as a whole decreases with age” (p. 24). This means that the child learner unconsciously and incidentally approaches the L2 as an interconnected system (i.e., as a language), whereas the adult learner treats the different levels and sublevels of the L2 as independent puzzles, some of which the learner can choose to focus on in depth, and some of which can -consciously or unconsciously-be disregarded as either uninteresting, unnecessary, or unlearnable, if not left entirely unnoticed.

Going back to our first question of whether it is preferable to start learning a foreign language at a very young age, we have to take into consideration the fact that the ages of 5 to 10 were established as the critical age because at that time the grammar-learning ability is built and preserved throughout childhood and then declines rapidly in late adolescence. A number of studies have reported that there is a negative correlation between age of L2 acquisition and performance on a variety of measures of L2 ability, and that individuals who begin learning an L2 after approximately 15 years of age fail to attain native-like levels of competence. It has been found that ultimate attainment, that is the level of asymptotic performance, is fairly consistent for learners who begin prior to 10–12 years of age.

However, the ages of 5 to 10 form a big challenge for the EFL teacher. Compared to adults, children are more energetic, have shorter attention spans, and learn language according to specific stages of development; these present planning challenges for the teacher. The key to teaching English to children is to understand the principles of language acquisition and apply it in ways that keep children motivated to learn.

Children’s world is filled with playing and imitating. The problem lies in the fact that children’s abilities to consciously learning the grammatical forms and structures still have not been developed in preschool and early childhood education. On the other hand, all children have an innate instinct for language acquisition. In order to be able to put this characteristic to use, the teacher must deliberately develop and carry out an appropriate methodology through real tasks, or interesting activities that aren’t just language exercises, but that also give the children the chance to use and elaborate language while their minds are focused on the task. This is why games are not only a playful addition to class but they also provide an opportunity to assimilate real use of the language. Halliwell (1993: 6) affirms that, “…games should not be disregarded as a waste of time. They should not be considered as something that can be introduced as time filler at the end of class or as a prize for doing ‘real’work; they are real work. Games make up a central part of the process of language acquisition, which is wonderful because children have such a strong sense of fun and games”.

Concluding, we are never too young or too old to learn a foreign language. However, starting lessons at an early age, before puberty, seems to help us master the second language to a level that borders that of an educated native speaker.

Publish modules to the "offcanvas" position.