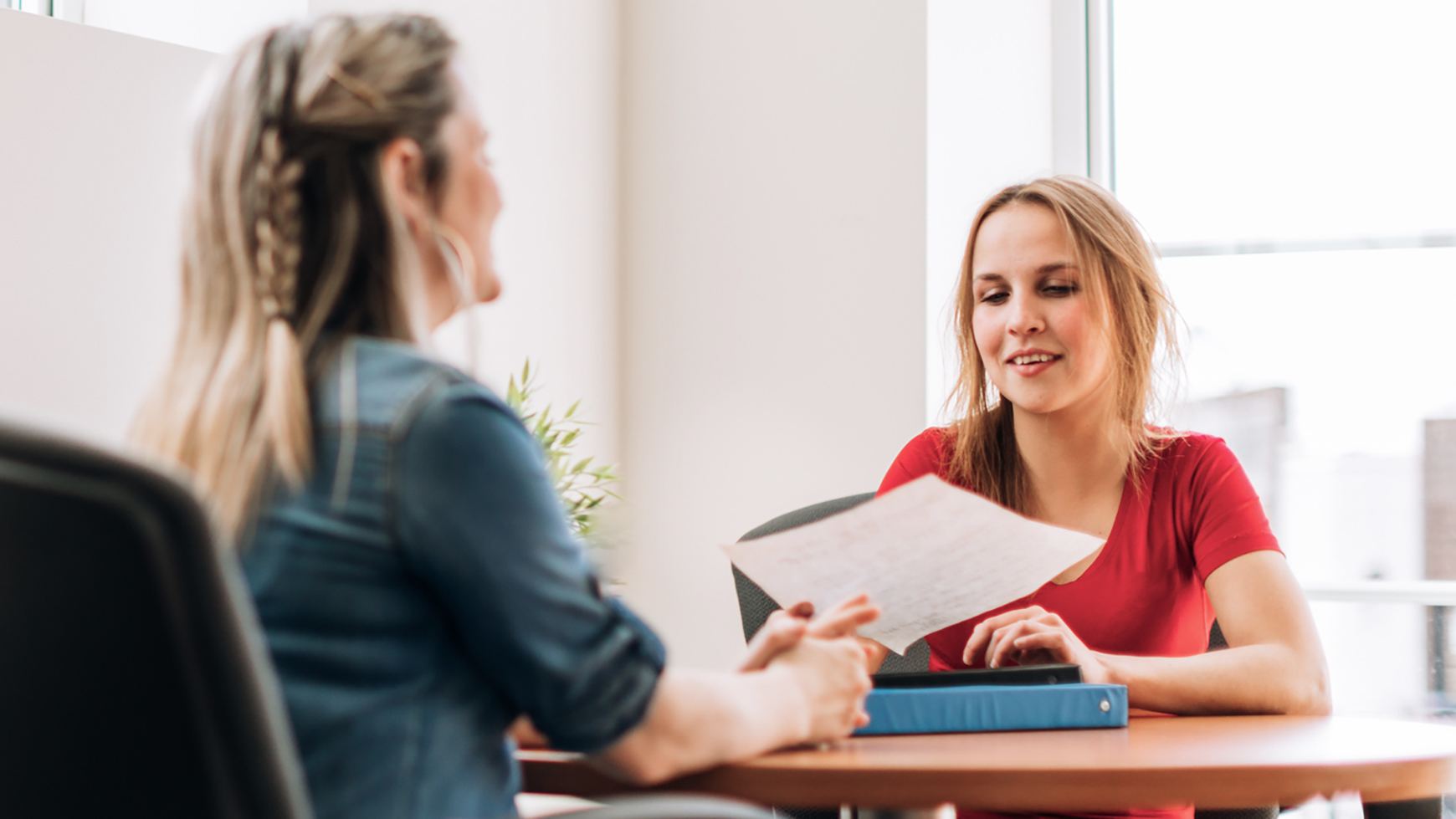 Most parents are rational, reasonable, and respectful, but it’s those high maintenance ones that every teacher dreads. And the situation seems to be worsening each year.

Whether they are too stretched time-wise to have the necessary patience to deal with an under-achieving child, or just plain angry—irate parents add strain to a teacher’s already overloaded emotional and mental resources.

It doesn’t seem fair—you took up teaching as a vocation, intent on guiding students through the wonderful world of knowledge, looking forward to those moments when the lightbulb would go off and concept would become reality.

You’re doing your best, but for some parents that’s not good enough. This hits some teachers, especially the very creative ones, more than others, says Jen McColl, a Toronto elementary school teacher. She’s friends with a “wonderful teacher who did lots of cool stuff with kids and is now on stress leave. A lot of what he needed a break from was [the] onslaught of parental questioning about what he was doing, and that generates conflict.”

For McColl, conflict comes most when parents question everything you do, whether it’s “curriculum, class management, interactions with the students, or which after-school activity I should be running.”

Every year, McColl counts on one or two high maintenance parents, with “something almost every week, an email, or calls. Often, it’s their perception that other kids are bullying their child, or other teachers are. Sometimes it can feel like a bit of a bottomless pit that is draining because it doesn’t seem to matter what strategies I put in place, or who I consult and bring in.” Adding to matters is the issue of confidentiality, explains McColl. “Conflict between kids is private. If I find out one of the kids is hurtful, I can’t share with [the] other parent that the kid is being disciplined, so the parents perceive nothing is happening.”

Incidents of extreme behaviour, however, are rare. McColl figures in 14 years of teaching, she has “had maybe three cases where the relationship has broken down past the point of solving.”

Why They Act the Way They Do

Being a parent herself, McColl understands, though. “Everyone is on their own journey. If a parent had adverse experiences with school growing up, or experienced teachers as the enemy, they tend to be angrier.”

When you have a student with an IEP (Individual Education Plan)—and this year McColl has 9 in a class of 25—there can often be a heightened stigma as sometimes the parent had similar schooling experiences. “I’m always trying to think about different ways to switch my lens and figure out what’s informing the parents in their interaction with the school.”

Parents are also anxious—especially about ensuring their kids perform well academically to ensure a good future of employment. As Alex Russell, author of “Drop the Worry Ball” says: “Conditioned by society to feel responsible for their children’s successes and failures… the more invested they are in their kids’ outcome, the more upset they tend to get.”

Most parents, though, are “not looking for a head on a platter,” says Paul Wozney, a Halifax teacher who has taught elementary, middle, and high school and is president of the Nova Scotia Teachers Union. He’s found two types of challenging parents. One is a small but highly combative group: “parents who aren’t looking for solutions and who play power games because they can and are only interested in being right. It’s effectively impossible to coach them out of their thinking because they’re entrenched in a pattern.”

It’s the other larger group, he says, that ends up paying for the drama of the first. “The group least served are those with legitimate concerns because their energy can feel the same as the energy of the irrational parent. You can associate negativity of one to the urgency of another.”

An Ounce of Prevention

In the first month of the school year, McColl tries to “call parents with a good news story. That positive experience paves the way for smoother communication later on if there is a problem. So the parent isn’t bracing themselves with, ‘uh-oh what now?’”

This collaborative approach of parents and teachers working together—regular interaction between schools and families before conflict occurs—has been statistically proven to have benefits. In the Ontario Ministry of Education guidelines on dealing with conflict, many studies are cited. What has been found is that the greater the family’s involvement in schools, the better the outcomes in terms of students’ academic performance, attendance, and attitude.

When the more difficult conversations do occur, however, McColl will begin with an objective summary of what she sees, then asks the parents for input, what they see at home, and what strategies they’ve used in past. “The parent is still the child’s first best teacher. I try treating them like the expert they are about their own child.”

Avoid social media contact with parents, recommends Wozney. Facebook groups are part of school communities and have a life of their own, with stories that may not be entirely accurate. “Teachers are in a bind because of confidentiality rules; they can’t discuss or defend themselves in a forum like that.” In fact, most teachers’ union advises teachers not to have direct social media-based contact with parents.

McColl feels most empathetic to those families who have real needs that can’t be met because the system does not have the resources. In such situations, she will ask the parents how she can advocate for them.

Since most teachers were likely A-students themselves, McColl says, “we don’t always understand the perspective of those struggling academically. We really need to be able to break down our decision making and communicate that to parents.”

What to do When Things Escalate

Sometimes, no matter how well you’ve covered the bases, a situation can escalate. When it does—in fact before—it’s time to enlist the help of your principal, if you haven’t already. As Wozney points out, “the levels of school leadership [principals, VPs, department heads] can be invaluable in navigating challenges with parents. Someone who can come to a meeting with a parent, who is one level removed, and not involved in the situation, can negotiate. That’s an incredibly valuable role that school leadership can play. But if you have school admin who says, ‘you have problems in class, you solve it,’ it can put you in a tough bind.”

However, McColl sees the mounting pressure on principals to please parents. “They’re under a lot of pressure to keep the parent community happy because our society is increasingly litigious. I’ve seen kids suspended for hurting another child, then have the suspension overturned when the parent went to the superintendent. The purpose of suspension is to indicate something serious going on, and the need for more support.”

At some point, though, there’s a line that shouldn’t be crossed. And teachers should be aware of what that line is according to the policies and procedures of their jurisdiction. Those are meant to support teachers and help keep situations in check.

Teachers have the right to protect themselves and sometimes that means calling the police. It’s rare, Wozney shares, but happens more often than you’d think.

In the Nova Scotia Teachers Union policy on Dealing with Harassment by Students, Parents and other Adults, teachers rights are built in: “Teachers have the right to be treated with respect and to work in an environment free from harassment and abuse.

McColl only had one occasion where she came close to calling police. She had previously called Children’s Aid (CAS) because of something a child had told her. The CAS [contacted the child’s family]… and [then] the parent showed up at school furious, and scary. “If a student reports being harmed, if we see signs of abuse, we must call CAS. That’s not a judgment, it’s the rules,” McColl says.

There are silver linings to these potential storm clouds, especially when kids are helped in their learning journey.

In one situation, McColl advocated for a student who needed medical care. It was not a case of neglect, but simply that the child’s health card had been lost. “At first, the mom was furious with me for interfering, and she felt judged… But it comes down to the child’s welfare and he really needed help. We found health care practitioners who were willing to help out and were able to get the student the supports he needed.”

Now the student is healthy and performing well academically. And every time the mom sees McColl, she envelopes her in a hug.

“When conflict happens, it is happening for a reason,” McColl says. “There are always bigger things going on, and if we can persevere, instead of thinking just get me to June, it helps everyone. Because you have to wonder, where is this situation going to be for this kid in 20 years, and how can this be an ongoing success story?”