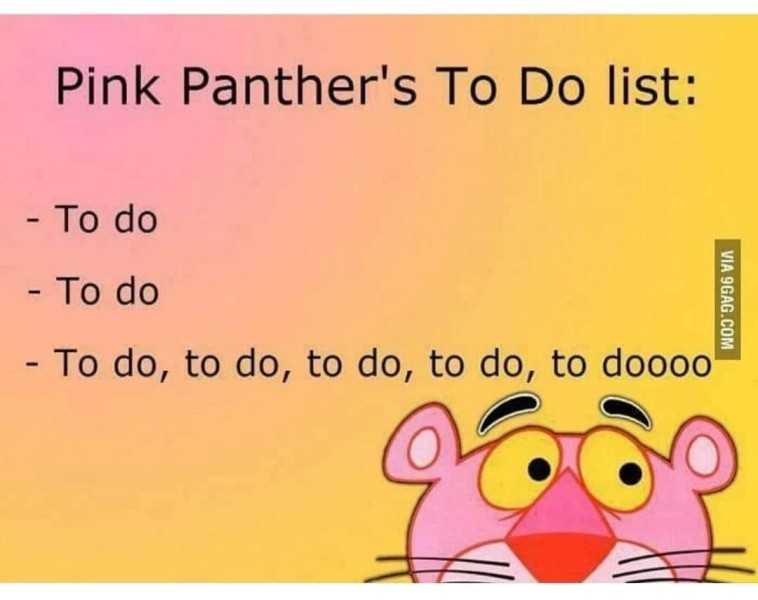 I have always loved making “to-do lists”, and I rely on them to be productive, but I’ve recently started a new list that I like even more – my “ta-da list”. Ta-da is an imitation of the sound of trumpets making a great announcement, and my ta-da list is made up of all the things I accomplished that day.

How does it work?

As you complete a task, write it down on a clean piece of paper. In that way, you’ll end the day with a list of the things you’ve accomplished, instead of an unfinished to-do list focused on things you didn’t find time (or motivation!) for.

Why does it work?

Psychology has shown us that we’re better at remembering unfinished tasks than completed ones. Bluma Zeigarnik, a Russian psychiatrist, discovered this phenomenon in the 1920s. She wrote, “Unfinished items that we’ve left hanging are like … itches.”

That’s why we often have that nagging feeling that we didn’t do enough at the end of the day, because our to-do list is still so full!

Here are a few examples

Last week I managed to call an old friend who I haven’t spoken to in ages. It wasn’t on my to-do list but it was great to catch up and touch base. I immediately wrote this on my ta-da list as an accomplishment.

A few days ago I had a great idea for a classroom activity teaching email writing skills, which I immediately created and then added to my ta-da list as “Had a great idea”.

And then I decided to write an article about my ta-da list!

I probably won’t be able to mark “pay my mortgage” off of my to-do list any time soon, but I can add “paid the next installment” to my ta-da list. It’s not finished, but I have taken one more step toward being a responsible grown-up!

Whether your ta-da list is personal, logistical, or simply proof that you are behaving like an adult, it can be a great motivator and a fun tool. If you sometimes find yourself feeling like you didn’t get anything done today, the ta-da list is a great way to keep perspective.

It’s all about looking at the glass half full, instead of the one half empty.

And now that I’ve finished this article, it’s going on my list. Ta-daaaaaah!

Inspired by a conversation with my sister and an article from Forbes by Lelia Gowland.