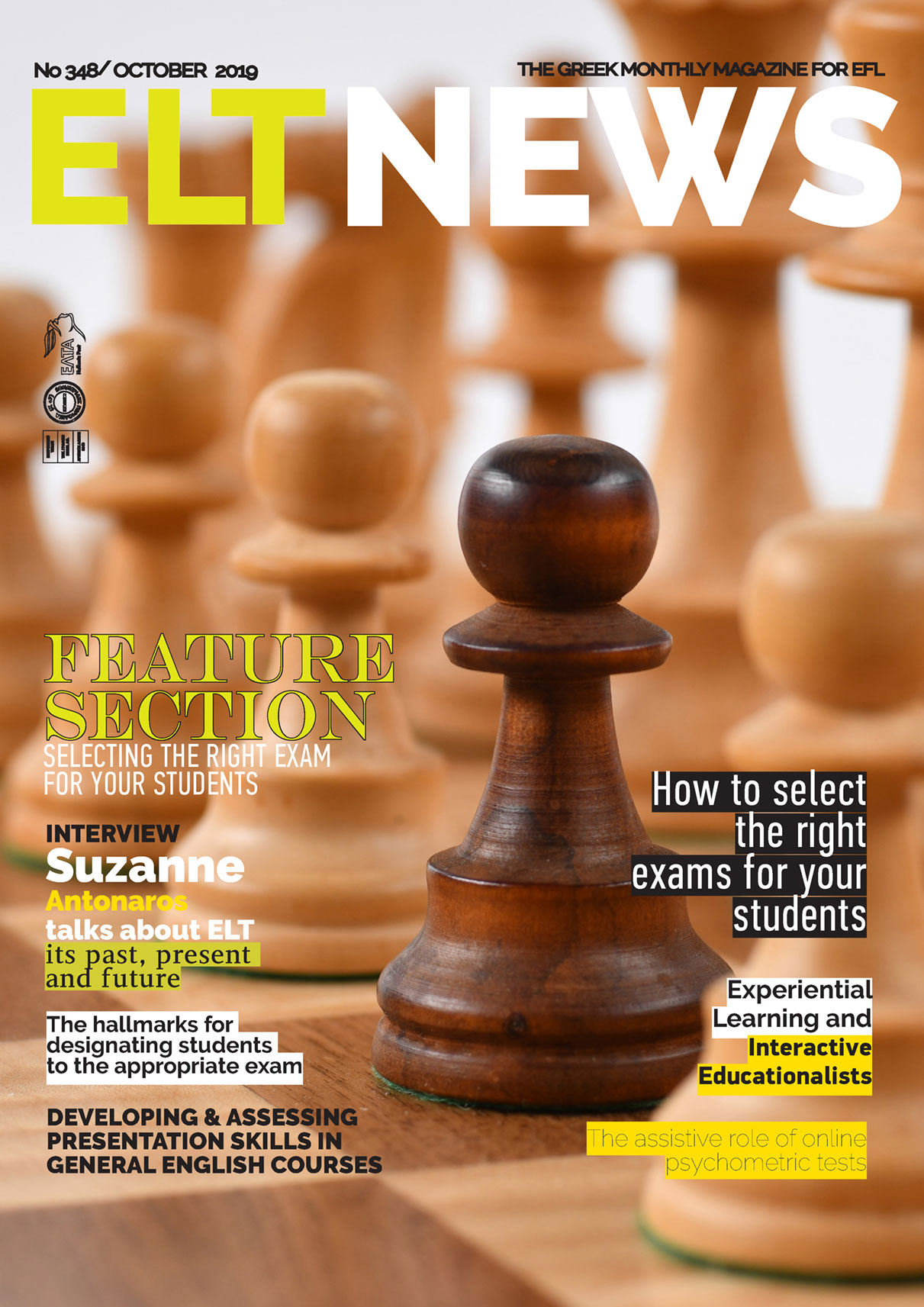 Teaching to the test

A standardized test is any form of test that requires all test takers to answer the same questions, or a selection of questions from common bank of questions, in the same way, and that is scored in a “standard” or consistent manner, which makes it possible to compare the relative performance of individual students or groups of students.

by Anastasia Spyropoulou - This email address is being protected from spambots. You need JavaScript enabled to view it.

In addition to the familiar multiple-choice format, standardized tests can include true-false questions, short-answer questions, essay questions, or a mix of question types. While standardized tests were traditionally presented on paper and completed using pencils, and many still are, they are increasingly being administered on computers because computers can score them quickly, consistently, and inexpensively. In contrast, open-ended essay questions need to be scored by humans using a common set of guidelines or rubrics to promote consistent evaluations from essay to essay -a less efficient and more time-intensive and costly option that is also considered to be more subjective.

Many test experts and educators consider them to be a fair and objective method of assessing the language proficiency of students, mainly because the standardized format, coupled with computerized scoring, reduces the potential for favoritism, bias, or subjective evaluations. On the other hand, subjective human judgment enters into the testing process at various stages -e.g., in the selection and presentation of questions, or in the phrasing of both questions and answers. Subjectivity also enters into the process when test developers set passing scores -a decision that can affect how many students pass or fail, or how many achieve a level of performance considered to be “proficient.”

Standardized tests may be used for a wide variety of educational purposes. For example, they may be used to place students in different course levels, or award diplomas and other educational certificates.

Standardized tests, designed to be general, will never be good at capturing the particularities of different contexts. It’s perhaps no surprise that a language test, focused on formal qualities of written and spoken language, won't necessarily assess the way someone functions in a specific academic or linguistic local setting.

The particularities of technically correct language mean that, in some cases, even a native English speaker might not score well on a standardized English language test if he or she doesn’t prepare for the examination.

When people prepare for these English-language tests, their immediate goal is to achieve the highest result, so they approach the test with targeted test preparation.

Students usually prepare by practising with the previous question papers, "drilling" answers over and over to learn the question patterns.

We all see gaps between what standardized language tests show and a person’s actual level of proficiency.

Assessment is not simply as a thermometer to take an end-point temperature, but something that should be used to monitor and support learning towards particular developmental goals or standards.

Hoping for a test-free world is not going to help any of us. Instead, we all need to improve tests so they have positive effects on teaching and learning languages.