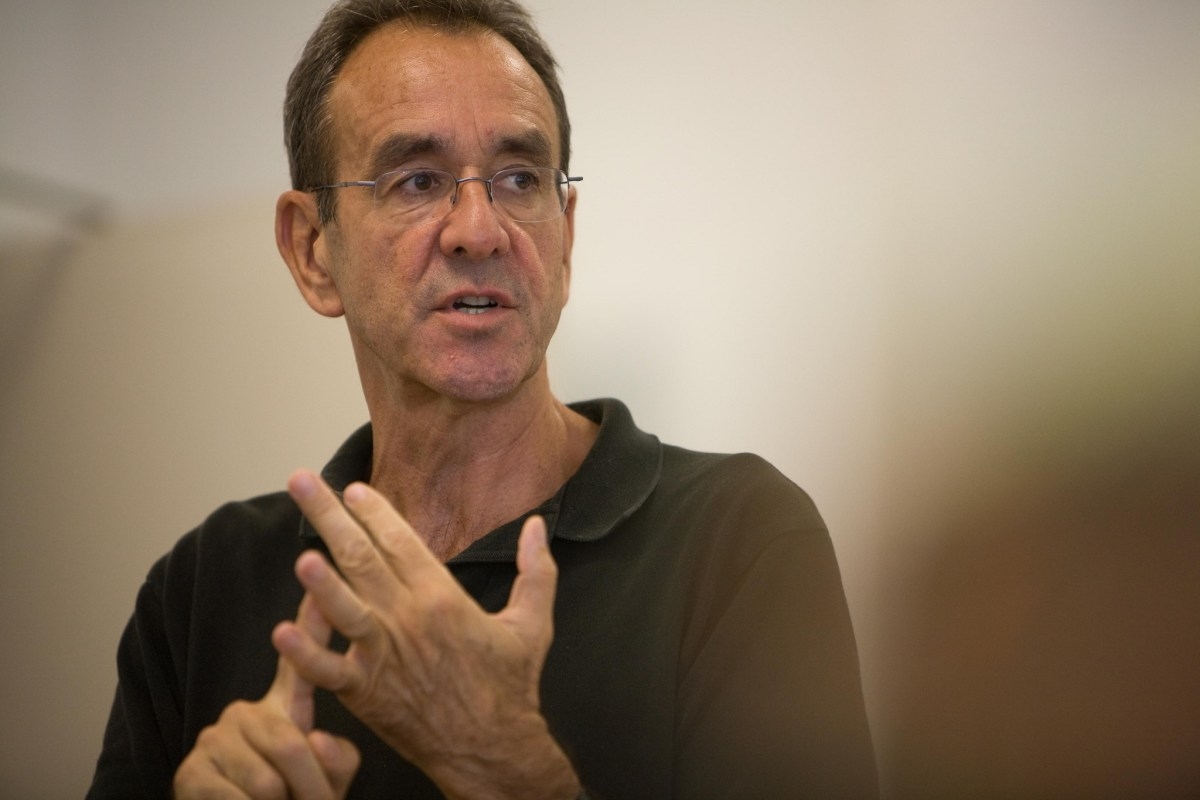 Scott Thorbury is a teacher and teacher educator, with over 30 years’ experience in English language teaching, and an MA from the University of Reading. His previous experience includes teaching and teacher training in Egypt, UK, Spain (where he lives), and in his native New Zealand. His writing credits include several award-winning books for teachers on language and methodology, as well as authoring a number of papers and book chapters on language and language teaching.

He is a series editor for the Cambridge Handbook for Teachers (CUP). He is also the co-founder of the dogme ELT group.

The discussion with Scott sheds light to the widespread use of commercially produced coursebooks tailored to a global market across a broad range of teaching contexts. Most of these coursebooks profess to being vaguely communicative in their approach, while at the same time attempting to package and present language as a standardized commodity, within a broader ideological framework –neoliberalism. ELT plays now a role in the political economy of neoliberalism.

The neoliberal globalization of a free-market economy naturalizes the use and spread of a common language of global communication and competiveness. English, which has outpaced other languages, has now become the global tongue for business, politics, the Internet, and academic publications with greater impact. Global English-medium communication has also led to English medium education. Education is restructured into market entities to highlight English as a form of human capital for competitiveness. Many non-English medium universities, in order to produce more employable students, are moving towards using English as a medium of instruction. Such programmes have become tantamount to a high quality of education although course content might be reduced or simplified to accommodate students’ English competence. As English is credited with economic value and social prestige, education in English becomes commodified. Nearly a billion people worldwide are learning English with a hope that this language skill will boost their upward mobility.

In neoliberal discourse, English is learned as a detachable, marketable and sellable resource or commodity that can convert into various forms of capital in exchange for economic achievement and social mobility. In this sense, English learners and educators are “neoliberal subjects” who “endlessly seek to maximize their human capitals” for social advancement.

Text by Anastasia Spyropoulou, This email address is being protected from spambots. You need JavaScript enabled to view it.

No. My problem with coursebooks is less their content than the rather narrow view of language that they perpetuate, i.e. that learning a second language is first and foremost a case of learning a finite number of ‘tenses’.

Insofar as the content goes, I think that there will always be an element of sanitisation in any textbook, especially one written for young learners and/or a global market. People who have researched this topic, such as Diane Ravitch in the US, author of The Language Police: How Pressure Groups Restrict What Students Learn (2003), have identified two competing forces which influence the way that textbooks are self-censored before publication: one is the so-called political correctness (or PC) movement, which encourages publishers to be as inclusive as possible, by, for example, including more women in roles not traditionally associated with them – such as automobile mechanics – and the other is a more conservative or religious agenda, which is intent on removing any content considered to be politically or ideologically controversial, radical, and potentially disruptive, such as any references to minority rights or sexuality. Between the two pressure groups there is little room for content that necessarily reflects the students’ own lives. In the language teaching field, the content tends also to be what is called ‘aspirational’: that is, it attempts to reflect the hopes and dreams that might motivate learning a second language, such as travel, work and wealth. Topics with negative associations, such as war, crime, poverty and disease tend to be mentioned only if they reflect the background that learners have escaped from. This, of course, does not stop teachers bringing in material of their own choosing, and essentially de-sanitising the course content.

Social and political issues are excluded for the reasons I've given above, but, yes, you are right: by excluding these issues we deprive learners the opportunity to use language to talk about issues that may be more engaging than comparing their daily routines or discussing the benefits of exercise.

Yes, this is the argument used by many of the stakeholders in education, including ministries, parents, exam boards, and the publishers themselves. But, as I said above, there are plenty of ways that teachers can subvert the pressure to sanitise.

I suspect it's not what learners want, especially teens and young adults, who are already exposed to a diet of fairly controversial material through social media and other means. Ironically, the younger generation of learners are nowadays probably more comfortable with controversial content than many of their teachers.

As I mentioned before, coursebooks tend to promote the view that education, including language education, should serve the needs of the economy, rather than society at large, and so it projects a materialistic and aspirational lifestyle, in which individual success is celebrated (which partly accounts for the ‘celebrity culture’ you find in many textbooks).  Such neoliberal values contrast with, for example, the values of community, social justice, and ecology.

Yes, much of the language of education – both in the public and the private sector – is permeated with the discourses of marketing and economics, such as outcomes, standards, accountability, life skills, etc. The commodification of language (as represented, for example, in what I have called ‘grammar McNuggets’

(https://scottthornbury.wordpress.com/tag/grammar-mcnuggets/) is part of this trend. Grammar is ‘delivered’ to the ‘customer’ in little, bite-sized chunks – which, of course, are easier to test than fluency or creativity. To ‘rescue’ teaching from the clutches of the grammar syllabus, as enshrined in coursebooks, and all the associated pedagogical paraphernalia that goes with it, I drafted an (intentionally provocative) Dogme ELT manifesto which clearly echoes both the style and spirit of the van Trier one, and takes the form of ten ‘vows’ (Thornbury 2001):

A good 4-week course (and there are good and bad ones) should equip you with the basic toolkit you will need to become an English language teacher, when combined with practice, guidance, and reflection. It does not make you a teacher overnight – that takes years – but it is a start. It’s the way I started!

I think we know a lot more than we did a year ago as to what works and what doesn’t work in an online (or remote) classroom – both in terms of the tools and the techniques. One mistake is to try and turn replicate face-to-face teaching online, when it might make more sense to look at the particular opportunities that online teaching offers and that are not always available face-to-face. I’m thinking particularly about that can be achieved asynchronously, in a kind of blended-classroom model.

Research is at best suggestive, in that it can suggest directions to go, but it can’t provide all the answers, because classrooms are such complex, multi-faceted eco-systems, and everyone is unique in some particular. Teachers need to be their own researchers, trying things out, monitoring the effect, comparing notes with colleagues, reading, reflecting. As the old adage goes, only a bad worker blames his or her tools. A good teacher can make even the most dire coursebook a motivational experience for learners and teacher alike.