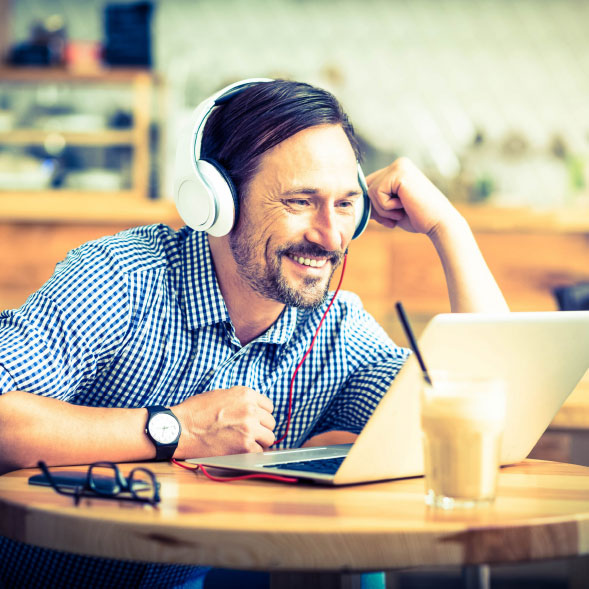 Teaching On Line is gaining popularity at lightning speed, mainly due to the advancement of technology and applications such as Skype, Google Hangouts and FaceTime, which work miracles for people who want to remotely connect in a personal way. However, eight years ago when I took up the challenge to teach Zoe on line things were a lot more difficult, because of both variety and quality of apps and my personal ignorance and apprehension.

It all started while holidaying in their little seaside village in the south of Chania; both her parents had lost their jobs due to the recession and could not afford to send her to the local Language School. I thought it was a shame and offered to teach her on Skype, without realizing what I was letting myself in.

One of the main problems of my first online teaching adventure which is worth mentioning, is that my laptop was too old and too weak to handle Skype calls. Therefore, I had to invest a significant amount of money in buying a new one equipped with a camera that afforded better analysis. It was only later that I realized that the computer was the least serious technical problem I was to face. In her region, the internet signal was quite weak at the time and as if this was not enough, during winter months power cuts are quite common. As a result, many was the time we had to finish a lesson on the telephone. Of course, nowadays with the oncoming of optical fibers, the weak signal, which until a few years ago could completely ruin a well prepared lesson, is becoming a thing of the past.

After the first 2 years, things became a lot easier as I could use the detailed lesson plans of the T’s books and the grammatical and lexical reference we had already established allowed a more explicit teaching of more complex grammatical structures.

The second equally critical issue to be tackled was the choice of teaching material. What do you teach an eight-year old who lives 700 km away looking at you apprehensively in a computer screen? Of course, there was no way I could choose one of the most recent interactive coursebooks, as it would be difficult for Zoe to handle. I used Boomerang, a traditional series of Junior books I had been using for years and supplemented with materials I had prepared myself. However, even this had to be adapted to the circumstances and new step by step lesson plans to be written, 160 of them for the first two years. Puppets, flashcards, crayons and colour markers were collected and placed within easy reach and a whiteboard proved extremely handy for the new words, short conversations and explanations. With the help of her mother, Zoe soon learned how to use the CD player, as it was not a good idea to listen to the audio material on Skype and time was too precious to waste. The first ten lessons, until we both got used to the procedure, were an exhausting experience, but Zoe proved too clever and too resilient to give up. Her eagerness to learn, the speed at which she absorbed each new piece of information, her drive, will and determination made things easier for both of us.

The lessons were mostly in English and by the end of the first year Zoe could string together simple sentences to describe herself, her family, likes/dislikes and her daily routine while she was also able to read a long text based on a story she had previously listened to and answer m/c or even simple Wh- comprehension questions. The main disadvantage, the lack of peers, was tackled with conversations or stories and songs she followed on the web. Soon she picked up lots of children’s rhymes and songs and her vocabulary increased by leaps and bounds. After the first 2 years, things became a lot easier as I could use the detailed lesson plans of the T’s books and the grammatical and lexical reference we had already established allowed a more explicit teaching of more complex grammatical structures. Rhymes and songs were substituted by discussions, 2-minute monologues and/or projects she prepared on the topics of the coursebook. Zoe learned how to search the web for information concerning her projects, to download and print the handouts I kept sending her and before long she picked up how to type her essays, although writing remained an activity she despised till the end. Last May, having completed an 8-level course, Zoe sat the Proficiency of Michigan exam (ECPE) and I am confident she has excelled. I was really sorry to see her off but grateful because teaching her online was an experience any traditional teacher like me should have.

Unlike what most people may think, successful online teaching is more difficult than classroom teaching, at least as far as junior beginners are concerned. It requires consistency, clear aims, discipline, a particular set of skills, a learner-centered approach to enhance learner autonomy and a plan B available at any time. It also requires suitable teaching material (EXPRESS Publishing SPARK and ON SCREEN series proved invaluable) and a set of manners that will inspire professionalism and respect.
P.S The girl’s real name is not Zoe.