Top Tips for Exams and Tests 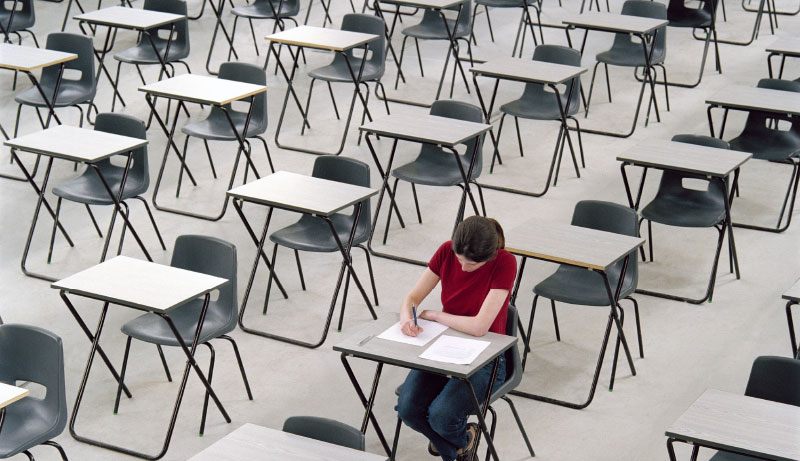 Some exams require the use of PENS, while others have to be completed in PENCIL. Make sure you know what you should be using in every paper before you go in.

All the major examination boards have websites these days, usually with sample papers and examiners’ reports that you can download. These sites are well worth a visit as they may offer a lot of sound advice. The examiners’ report, for instance, can give you an idea of exactly what it is that they are looking for.

Take spare pens and pencils just in case the one you are using stops working.

Allow for problems, hold-ups and traffic jams on the way and make sure you arrive with time to spare so that you can go in calmy rather than in a frantic rush.

Don’t forget to read the instructions and make sure you know what you are being asked to do. You should go into the exam well aware of what is expected of you, but you should always check. Don’t, however, waste a lot of time on this.

A language exam is not a test of honesty and you will not be penalised if you tell the examiners that you are CANCER rather than SAGITTARIUS in a written question simply because you are sure of how to spell it. Language Tests are designed to test your language and not your honesty- don’t worry about lying or being economical with the truth in order to show off your accurate language use.

Try to get a good night’s sleep the night before any exam.

Don’t be carried away and overload your writing with too many obvious connectives and contrastives; if every sentence has two or three such words or expressions, then the writing can seem strained and artificial. Remember- you can try too hard as well as not hard enough.

Write on alternate lines (leaving every second line blank) so that you have space to make changes when checking through your work.

Always credit your sources in academic writing, even when you are referring to ideas rather than actually quoting.

Examiners can choose the same letter successively for the correct answer. After three consecutive answers with the same letter, many students may well start to feel confused and worried. Eventually, many candidates will start changing their answers simple because they don’t believe that examiners would have half a dozen of more questions with the same letter one after the other. They can and sometimes do; this is a real test of your comprehension and reduces the possibility of scoring by guessing.

With multiple choice comprehension questions based on a text, a simple trick is to take obvious and prominent words from the text and put them in an incorrect option. Seeing a word or phrase from the text is not enough; these questions are designed to test comprehension not recognition of a word from the passage.

Don’t bother learning speeches and trying to say them verbatim (word-for-word) in interviews; examiners will usually spot this without too much difficulty and mark you down for it. It is very hard to do this and sound natural.
Do think over your answers to common questions about yourself. This an opportunity for examiners to get a general picture of your language level, especially your ability to talk about past, present and future experiences, so run these things over in your mind and try to include corresponding verb forms accordingly.

If you are asked to talk about or describe a photograph, don’t get too hung up on describing every visible detail. Instead, be prepared to speak in general terms about it and how the theme it illustrates affects you.

You are often given false information first that sounds as if it could be the answer to the question. An instance of this is where the information given matches one of the answers, but does not fit the criterion given in the question- the person could be talking about last week, say, when the question asks about next week. The correct information usually, but not always, comes afterwards.

Nearly right is not the same thing as right; examiners often give information that sounds more or less correct, but is in some way unsatifactory. Adverbs and modals are often used to send you the wrong way; the listening text might use ‘She may well be late’ and the question ‘She will be late’- this is not an exact match and consequently could easily be the wrong answer. It has to be 100% accurate to be right.

In longer listening passages, they often try to lull you into losing concentration by having quite long sections where no information relevant to the exercise is given, then out of the blue they hit you with a couple of answers in quick succession.
Although most longer listening passages begin with an introduction that lets you get into the flow before they start testing you, you cannot depend on this; the first word could in theory be the answer to the first question.
Examiners will often place a word directly from the passage in a wrong answer and use a synonym *[syn.] in the correct answer; check the meaning and do not rely on word recognition to get the right answer. •