When is the best age to start a foreign language? 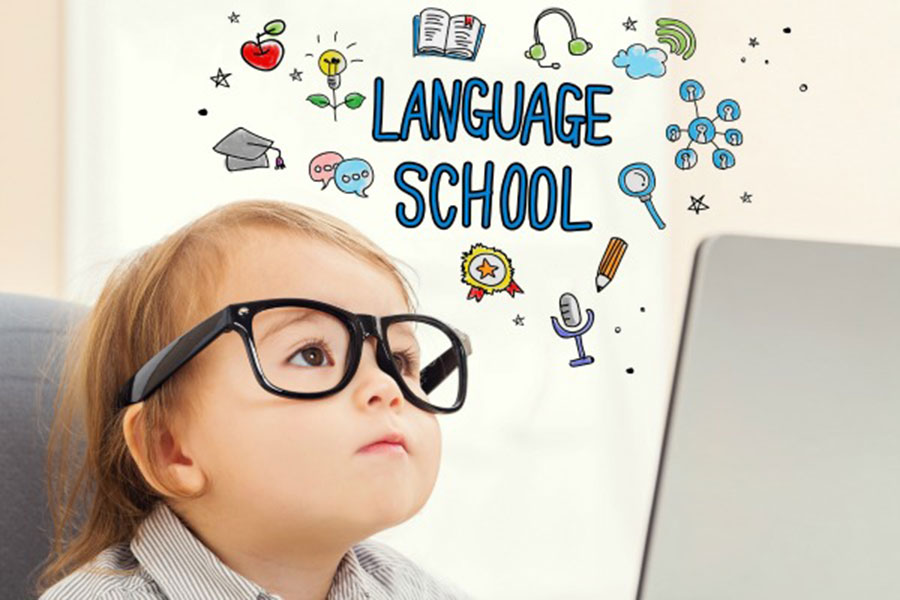 All  researchers  agree that the earlier a child starts learning a second language, the better, for more reasons than  one.  Some researchers say that second language acquisition skills peak at or before the age of 6 or 7.  Others claim that this window extends through puberty.  But, they all agree that it’s much harder for a child beyond puberty to learn a new language.

If you asked that question some years ago, everybody would look at you as if you were an alien. It was inconceivable for children as young as three years of age to be able to learn a second language, given that they have not yet mastered their mother tongue. Nowadays, though, research findings indicate something totally different.

Studies by Harvard University confirm that the creativity, critical thinking skills, and flexibility of the mind are significantly enhanced if children learn a second language at a younger age. Preschool years, especially the first three years of life, are believed to be a vital period in a child’s life. This is when the foundations for attitudes, thinking, and learning, among others, are laid down.

This means that children have a natural ability to learn, which is developed during the first 3-4 years of their life.

Using that ability is much encouraged because, always according to research, learning a second language is as easy as learning the first.

It may sound like a huge burden, but, in fact, it’s not.

The human brain is a wonderful thing. From the moment we are born, we learn by six main ways, by:

Based on the information we gain in our first few years, everything we have learned grows later in life. 50% of our ability to learn is developed by age 4 and another 30% by age 8. This is why three-year-olds are encouraged to learn a second language.

However, this doesn’t mean that 80% of one’s knowledge or intelligence is formed until they are 8 years old. It simply means that children develop their main learning pathways during their first few years of life.

The younger the learner, the more they can adopt pronunciations and recreate new sounds. And, children around the age of three or four can learn through play because their minds aren’t yet overwhelmed by facts and information that needs to be stored and assessed, which is something that happens as we grow older.

Bilingual children that learn a second language from an early age sound like a native in both.

After the teen years, the brain changes and makes it extremely challenging (if possible at all) for an adult to learn a foreign language. This doesn’t mean that they can’t learn it; just that they won’t do so the same way as a child because the mechanisms that help language learning are not the same as they are at ages 2-5.

Another interesting fact is that children learn a second language better if they picked it up in their communities of families, rather than the classroom.

And, besides the added fluency, bilingual children not only speak two languages sooner than other single-language peers but are also better in tasks that call for a shift in attention. Also, research has demonstrated that children who first mastered their mother tongue and then learned a second language became fluent in the foreign language but never managed to attain the level of excellence of those that learned both languages in one go.

What About Children from Bilingual Families?

Everything depends on the situation the family is in. For example, a child that was born to a British mother and an Italian father living in the UK can start to learn both languages the moment s/he is born.

On the other hand, a child of school age from, say, Germany, that emigrates to the UK is forced to learn the new language – English – as soon as possible. This could take quite a few years, depending on the child’s age, to reach a native English speaker’s level. It won’t happen easily or quickly, so it’s advised that parents, in these cases, don’t have high (unrealistic) expectations around the learning of the second language.

What if a second language comes to replace the first language?

In this case, if the first language hasn’t been developed properly and the child was forced to learn a second one, there are dangers that should be avoided.

Double semi-lingualism in young children of a second language doesn’t allow the child to be proficient in either one of the two languages.

What about Bilingual Children that Mix words from their Two Languages? Should you be Worried about That?

It is common for children that are learning two languages to mix words from one language to the other. This is call “code-switching” or “code-mixing” and is not something that should worry you. And, it certainly is NOT a sign that they are struggling with bilingualism, so you can heave a sigh of relief.

In fact, code-switching is a highly appreciated and skilled form of language use in the academic community.

It is a natural form of using the language among people that learn two languages and is perceived as a complex, yet rich, form of discourse.

Yes, you may come across viewpoints that condemn code-switching coming from education and health professionals that see it as a hurdle to the language development of children. This couldn’t be further from the truth, though. It’s been evidenced that all bilinguals (no matter their age) code-switch from time to time, which is not an indication of language disorder or confusion.

When it comes to pre-schoolers who learn a second language, they can code-switch for a plethora of reasons. Given that bilingual children are usually not equally proficient in both languages, they will code-switch while having a conversation with others. They will, sometimes, select words they are more familiar with, regardless of which language they come from. This, of course, results in mixing up words from both languages in a sentence.

It should also be noted that bilingual children (even two-year-olds) are remarkably familiar with the language preferences of the person they are having a conversation with. This makes them perfectly capable of using the best of both languages to deliver their message across their peers. So, it’s not uncommon to see bilingual children using the language their conversation partner is best fond of!

Once they reach the age of four, bilingual children are more aware of which language to use in the community and public places. You can also expect them to have developed sufficient vocabulary in both their mother tongue and second language and be more able to sustain a conversation in one language, rather than code-switching.

Clearly, small children are miraculous language learners with great potential and abilities we don’t believe they can have at such young age! If code-switching is uncommon in their community and household, children will adapt to the patterns and separate the languages. If, on the other hand, code-switching is common, they will continue using code-mixing to fill the language vocabulary gaps, which is definitely praise-worthy!

Bilingual children with learning problems and disorders don’t code-switch that often. They just choose which language to use when talking with peers, like any other typically-developing child of their age.

Of course, many factors can contribute to the successful acquisition of the second language, with teaching methods used in the school environment being among the top ones. Also, young, bilingual learners are extremely bright and can easily swap from one language to the other with relative ease, to appeal to the peer they are having a conversation with.

And, although research is still an inconclusive and contrasting as per the right age for a child to start learning a second language, you could always give your toddler the opportunity to prove themselves to you. If you see them struggling, you know better than any expert what to do.

After all, there is always time to learn something new, even at a slightly older age.•